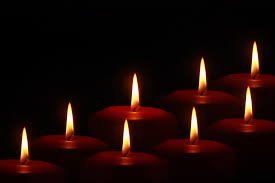 This couple of months of the year have been very active at Del Canto Chambers. As political and economical situation is becoming more stable in Spain, after the Catalonian elections, where the pro-independence parties won the elections, it is clear that some changes will be needed in the Spanish Constitution to accommodate their aspirations.

In the Tax front, the spanish tax office continues challenging existing corporate structures to own property in Spain. We have been very active advocating for British clients in Spain, with several cases involving international jurisdictions, such as Gibraltar and Channel Islands.

While we continue developing the sport paper AS in arabic, Spain and the State of Qatar signed the Tax Treaty for the avoidance of double taxation, which will support the investments and economic relationships between the two countries.

Our Claims department continues very active. Antonio Gabriel Aguilera published in the Spanish Property Inside, “Winning the floor clause judicial battle against the banks”, outlining the Legal arguments for Spanish mortgage floor clause claims. With more and more cases won against banks, Del Canto Chambers is becoming the leader firm for British Clients in the floor clauses claims against banks.

In London, as members of the Association of International Property Professionals Advisory Board we have attended this month the board meeting to review 2017 and plan for the year ahead. The AIPP membership continues to grow, year on year, now with 355 corporate members in 31 countries.

Also in the UK, Julio Prieto, has written an article with an analysis of Residence Card versus Settled Status in the UK. Together with Nuria Monjas they published ‘Super Campeones´ and the dream of being a Football Player, on how FIFA rules try to avoid the way that the minors become a merchandise, to play with their illusions and to turn them into the showcase of world-wide football and after somehow, they do not interest the football clubs and these are in a situation of total abandonment.

As we have reached the end of the year, we take the opportunity to wish you all a Happy New Year 2018.

Sorry, the comment form is closed at this time.